I had to put this recipe on my blog. It’s a family favourite and has been one of the most popular recipes from a book I wrote over twenty years ago but has still stood the test of time. It’s definitely a crowd pleaser for a casual supper and the quantities can easily be increased to serve more. I’ve served this for 12 people with plenty of green salad and crusty bread to mop up the delicious juices. Obviously you can serve gluten free bread here instead.

The real key to this dish is the delicious garlic and herb cheese which is cooked underneath the chicken skin. It keeps the chicken beautifully moist and adds amazing flavour. Loosen the skin with your fingers or try using the back of a metal spoon. A lot of chicken breasts are now sold boneless but I prefer using chicken breasts on the bone here as it adds extra flavour and prevents the chicken over cooking. Its harder to find but defintiely worth it.

Cut the courgettes and peppers into similar sized chunky pieces. Quarter the tomatoes and slice the celery sticks.

Heat 2tbsp oil in a large shallow flameproof casserole. Cook the onions and garlic for 4 minutes until they begin to soften and turn golden brown, stirring frequently.

Add the courgettes, peppers and celery and cook for a further 5 minutes, stirring occasionally. The vegetables should begin to soften slightly. 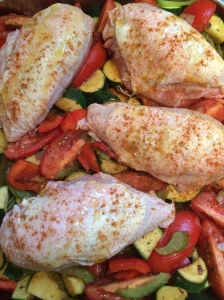 Stir in the tomatoes, the roughly chopped sun-dried tomatoes, oregano and balsamic vinegar. Season well with plenty of salt and black pepper.

Place the prepared chicken on top, drizzle over a little more olive oil and season with salt and the paprika.
Bake in the oven for 35-40 minutes or until the chicken is golden brown and cooked through. The colours of this dish are so amazing that I like to take this straight to the table and let everyone help themselves.

Serve with a green salad and plenty of olive ciabatta or crusty bread. I also like to serve a jug of all the extra juices, as the flavour is so amazing.

This recipe was first published in 50 One Pot Meals. Written by Sarah Edmonds and published by Lorenz Books

To help find what you’re looking for…. 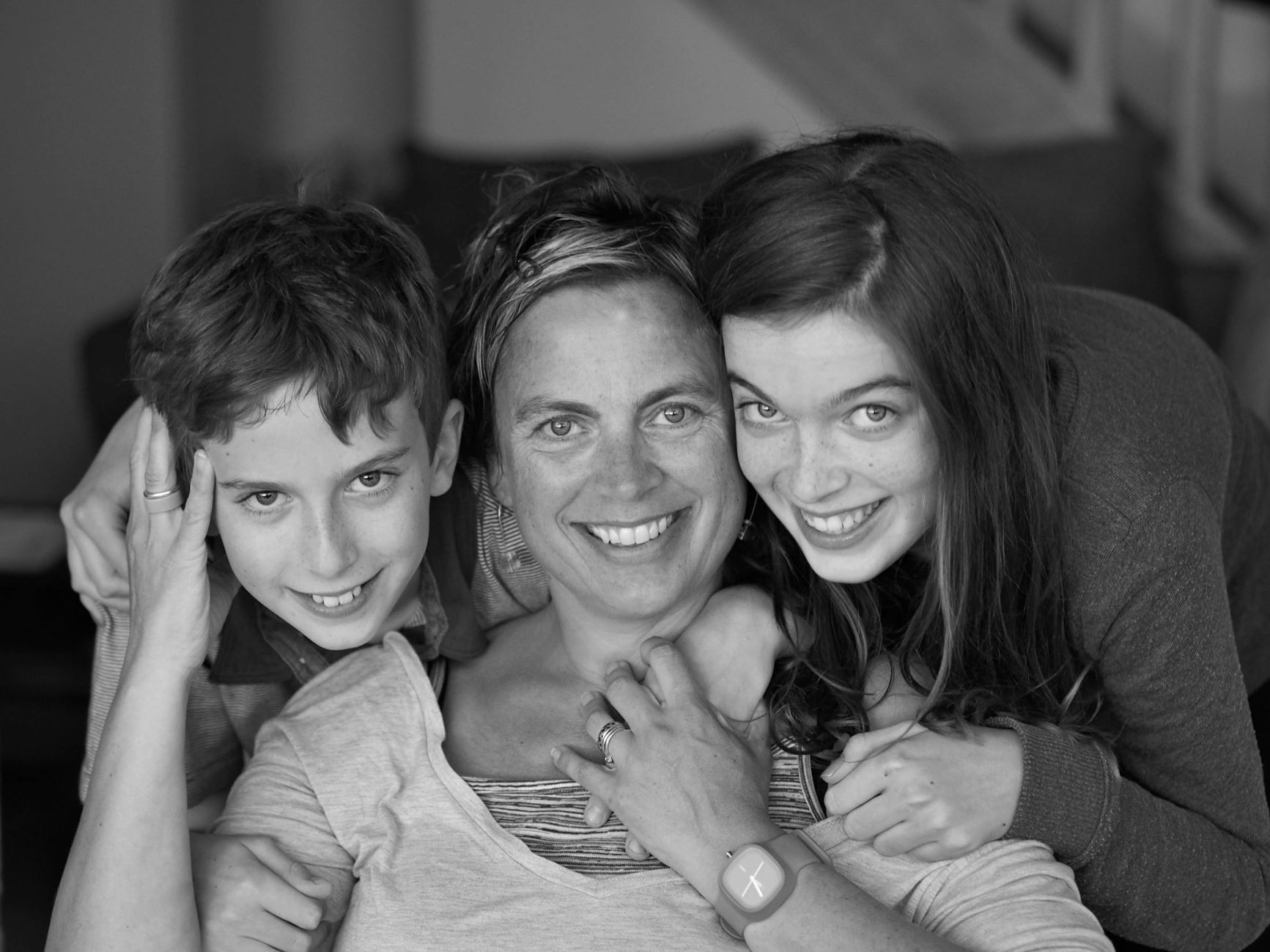 Hi! Thanks so much for visiting my blog. I hope you find heaps of great ideas and inspiration amongst the recipes and posts. I'm constantly trying to come up with new ideas for good healthy meals that all the family can enjoy along with ideas to make hectic midweek suppers more exciting. Many recipes are also great for entertaining. I try to use seasonal foods and include plenty of delicious fresh vegetables in each recipe, making them as colourful and nutritious as possible! As the blog grows I'll be adding more and more information so please keep popping back to take a look!